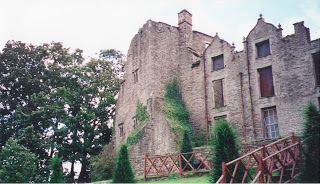 Anyone who loves looking at collectible books or out-of-print books would also love a trip to the town of books, Hay-on-Wye in Wales. Actually, most of the town is in Wales, but eastern parts of it do reach over into England.

Books are a year-round feature throughout the town, but once a year for 10 days starting at the end of May, Hay-on-Wye hosts the Hay Festival of Literature and the Arts. Hundreds of events take place around the tented festival village highlighting writers, poets, comedians, philosophers, musicians and much more.
Hay-on-Wye is small; only about 1500 residents, but at least 30 book shops and plenty of pubs to match.

Hay-on-Wye is worth a visit even without the festival or even the books. The River Wye runs through the county and it borders the Brecon Beacons National Park. The town has 2 castles; the larger of which has been destroyed by fire and wars and rebuilt. The other castle is older, undamaged and hidden next to the church. 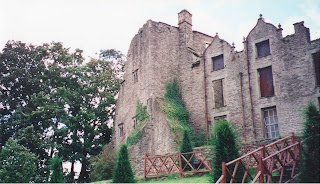 My husband and I first discovered Hay-on-Wye while hiking Offa’s Dyke Footpath. It’s a wonderful trail, about 180 miles, that runs mainly along the border of England and Wales. King Offa’s Dyke was built in the late 700’s as an attempt to create a boundary between Mercia and the independent Welsh kingdoms which helped to create a kind of unity among the Welsh peoples.

There are many B&Bs in Hay-on-Wye that cater to hikers and book enthusiasts alike.