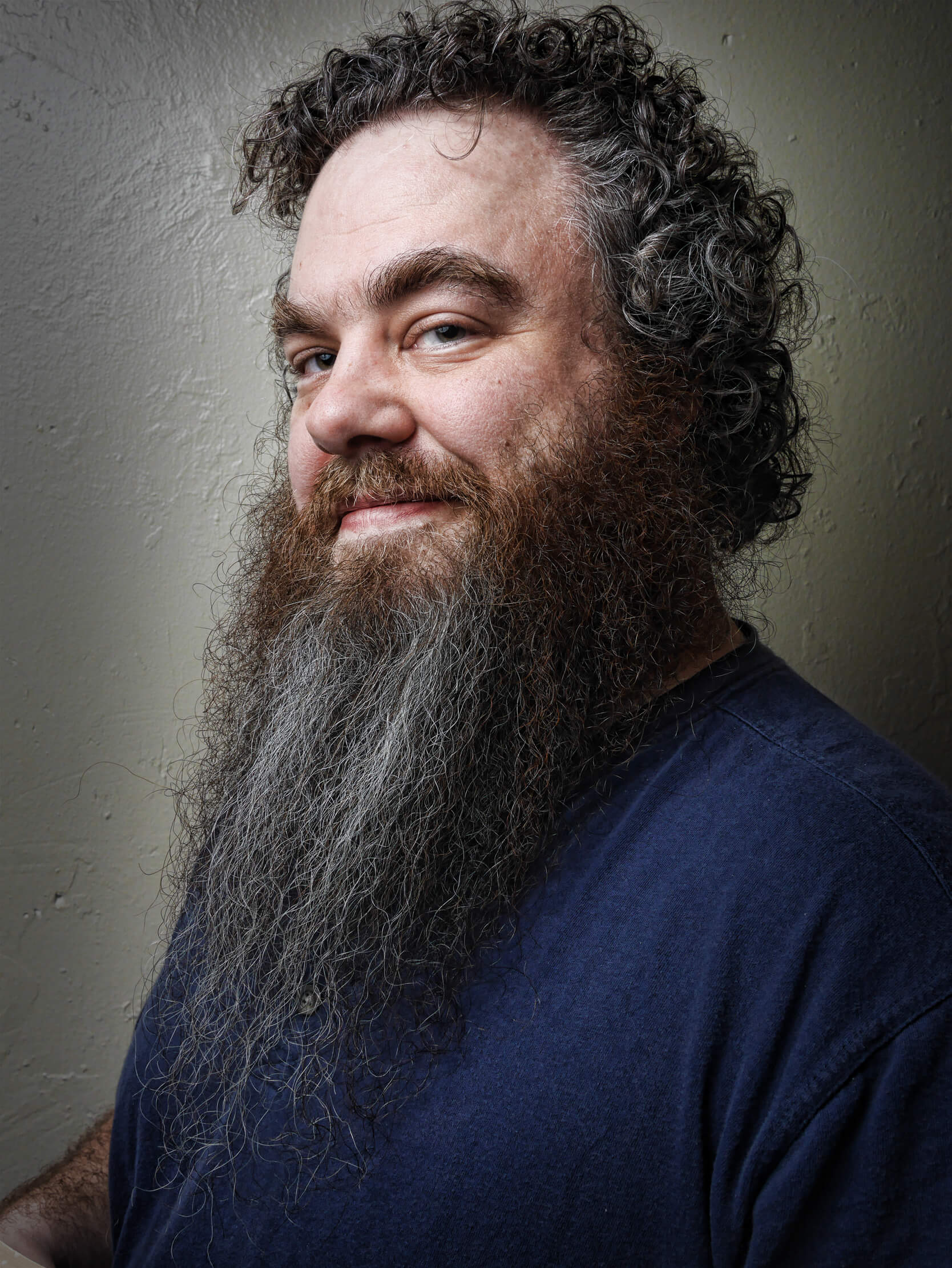 Although Patrick Rothfuss writes fantasy novels, his epics have the feeling of historical novels. They are written in such a way that you can truly believe the characters, their culture and language, their tools, and that the events in the stories really happened.

His first novel, The Name of the Wind, was written in 2007. It is the first of a three volume series called the The Kingkiller Chronicles. The series is told as a 3 day autobiography dictated from Kvothe to The Chronicler, Devan Lochees. There are some present-day events in the story tying into an unresolved evil from the past that interrupts the transcriptions.

Kvothe was the only survivor of a gypsy-like troupe who is murdered by a cruel unseen people. When he comes back to camp and sees his family murdered, he vows to find the killers.  Kvothe’s father taught him to be a gifted fiddle player which helps to lift him out of poverty. After 3 years living on the streets, he finally garners enough money and knowledge to earn him a spot in the University where he will learn history, medicine, languages, alchemy, and most importantly, various forms of magic. Kvothe is a quick learner and becomes skilled at most anything he touches. Even though he is a larger than life character, Kvothe is likable and not arrogant, unlike his nemesis, Ambrose.

Reading the first novel will make you thirst for the second.  Those who read The Name of the Wind when it first came out had to wait 4 years for Wise Man’s Fear. Day 2 of the Kingkiller Chronicles is written as skillfully as Day 1. Rothfuss’ attention to detail (hence 722 pages for Day 1 and 1120 pages for Day 2) can at times be a drudge, but it is never long before you are drawn back into the amazing and fantastic world he has created.

Day 3 of the Kingkiller Chronicles has not yet been released. The working title is The Doors of Stone and has no projected completion date as of this blog post. In the interim, Rothfuss is working on 2 novellas and a novel about characters from the Kingkiller Chronicles. One of the novellas was released October of 2014. The Slow Regard of Silent Things brings us into the world of Auri who lives among the dark, ancient passageways underneath The University and who Kvothe befriends at night on a hidden rooftop.

Even if you are not a reader of fantasy novels, Patrick Rothfuss’ stories are highly entertaining and sure to capture and hold your attention. They are so realistic you will believe he is writing about a place and time that really existed.  Here are the books to-date on Amazon: