Stereoview of Mark Twain. Photographed and Published by J. Gurney & Son, 5th Ave.cor. 16th St. New York. 1871 is written on the back.

Photographers of the American Civil War From Wikipedia. Jeremiah Gurney (1812 – 1895) was born in Coeymans, New York. Gurney, then a jeweler in Saratoga, N.Y. became one of the first, if not the first student in America to learn the “new art” of daguerreian photography. Gurney was taught the process by Samuel F.B. Morse in 1839, who explained to Gurney that “What you will have to allow for is the initial outlay . . And there is of course my fee.” The fee was thought to have been fifty dollars.[65] Gurney was not listed in the New York city directories until 1843, when he appears as a daguerreian at 189 Broadway.[66] In the 1850s “Gurney’s Daguerreian Gallery” offered mammoth daguerreotype prints from double full size plates. In 1852, he took time off to recover from a common illness of the daguerreian trade, mercury vapor poisoning.[67] In 1857 Gurney was listed in the New York City Directory at 359 Broadway, in partnership with C.D Fredericks. In 1860, he was listed as a “photographist” at 707 Broadway, in business as “J. Gurney and Son.” Gurney and son Benjamin advanced paper photography with the use of the “Chrystalotype” process. Jeremiah Gurney is probably best known for his having taken a photograph of Abraham Lincoln in an open coffin April 24, 1865, as the President’s body lay in state in City Hall, New York City. The episode caused much distress to Mary Lincoln, who had forbid the taking of any photographs of her husband’s corpse. Secretary of War Edwin Stanton was furious and succeeded in confiscating all of the existing prints and negatives but one.[68] In 1874 Gurney’s partnership with his son was dissolved.[66] In April 1895, Jeremiah Gurney began a journal that was later gifted to the New York Historical Society by the photographer’s great-great grandniece, Miss Elizabeth May Possons. 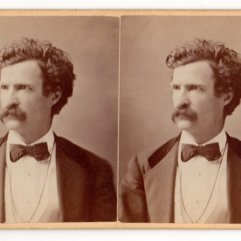